How to Avoid Conflict in Your Estate Plan – Part IV

Do I Need to Update my Estate Plan?

When Jackson Carter died, his family knew just where his estate planning documents were stored: In his safety deposit box. He had told them so at least once a week. 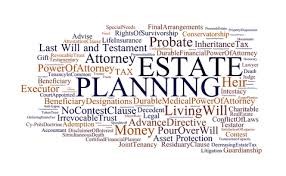 Once the family received permission to open the box and remove the documents, they delivered them to his attorney. Then they met  to discuss the particulars. The bequests were clear:

To his wife, Martha, Jackson left his share of their home, a generous allowance, and 50 percent of the shares in his delivery business.

Unfortunately, Martha had proceeded Jackson in death the prior month, and one of his children had predeceased both of them. There were no grandchildren, nor was there likely to be. However, by failing to update his estate plan on a regular basis, especially after the death of his wife and child, significant questions about the distribution of his estate arose. For example:

Obviously, it is not enough to complete an estate plan and store it away until death. It should not only be reviewed at least every five years to accommodate changes in estate and tax laws, it should also be reviewed and updated upon the following occasions:

Reviewing your estate plan regularly will ensure that your intended legacy becomes reality. Failure to make the necessary updates could throw you estate into chaos, resulting in lost or greatly reduced inheritances.  Feel free to call Kirsten Howe Attorney at Law to assist you with your estate plan update.

Estate Planning for Your Pets

You Are Here: Absolute Trust Counsel » Blog » Uncategorized » How to Avoid Conflict in Your Estate Plan – Part IV