You Can Complain About Poor Hospice Services

Sharon stared at the bill from the hospice that had cared for her mother in her final days. “I can’t believe they charge so much for such crappy care. Heck, Mom almost died while they were transporting her. They clearly didn’t know what they were doing.”

Her friend, Lynda, nodded. “They were pretty bad. I remember how upset you were when they failed to show up at the appointed time and you had to wait until their nurse arrived. Then everything was rush, rush, rush. To heck with the patient. I felt so bad for you.”

Sharon sighed. “I suppose it’s too late to complain now. I should have said something at the time. But Mom took a turn for the worse so suddenly. I was in no shape to pay attention to anything but her.” A tear dripped from her eye. “I was in shock.  I couldn’t believe I was losing my mother and best friend.”

“Do you think the hospice contributed to her death?”

“At the very least, their incompetence hastened it. She died so quickly after the transfer. She was lucid enough to know what was going on and I know she was really upset about it. And she was uncomfortable and in so much pain. All she was to that place was a body to fill a bed.” Sharon snapped her fingers. “Ca-ching! It’s all about the money. To hell with the patient.”

Lynda shook her head. “I think you should complain, even though a month has passed. People who are near death still deserve respect. They should be allowed to die with dignity. That place took that away from your mom.”

“I wouldn’t even know where to begin,” Sharon said. “If I complain to the hospice, they’ll probably pitch it in the garbage bin. If I complain, I want someone to pay attention.”

Lynda patted her hand. “Let’s go on the Internet and see what we can find.” 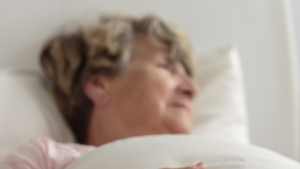 There is no question that hospice agencies can provide a valuable service. Hospice care is intended to provide skilled and compassionate care during a patient’s end of life. The agencies or nurses no longer treat the disease, illness, or injury, but rather work to ensure a patient’s comfort in their final days. Generally, hospice care begins after it is determined that a patient will not survive a disease, illness, or injury. Treatment ceases and the patient is either sent home or to a hospice facility to die.

Hospice care is big business in the United States. Estimates are that the industry—primarily corporate-for-profit—bills Medicare almost $18 billion a year. Yet, regulation and enforcement of such facilities are much more relaxed than for nursing homes and other institutions that care for the sick and dying. Technically, the federal government requires states to recertify hospice agencies every three years. However, critics say, records show that close to 80 percent of all hospice agencies are not reviewed or certified by state entities. Instead, those agencies pay private accreditation companies to evaluate their performance, a situation that could lead to less that objective and credible results.

It also appears that complaints are rare and fines even more so. For example, there are more than 1,300 hospice agencies in California. Yet, for fiscal year 2016-17, the California Department of Public Health received only 213 hospice complaints and only one of those complaints resulted in a penalty. Records also show that the 213 complaints, on average, remained open for about a year before any decision was rendered.

Critics say the statistics are not indicative of stellar performance but rather the lack of consumer knowledge about how to complain when a patient is mishandled or mistreated. Dying patients are often discharged quickly from hospitals, without educating families about hospice care and available options. Since death is usually imminent, there usually isn’t time to research available hospice agencies and make informed decisions. And once death occurs, grieving over the loss usually takes precedence.

That does not mean, however, that families are barred from complaining about poor service or bad experiences with a hospice. According to the Hospice Patients Alliance (https://www.hospicepatients.org), the federal government has set forth specific standards of care for hospice agencies who bill Medicare or Medicaid. Issued by the U.S. Department of Health and Human Services, those standards—set forth at https://www.govinfo.gov/content/pkg/FR-2008-06-05/pdf/08-1305.pdf —may be useful when determining if you have a legitimate grievance and ultimately, grounds for filing a formal complaint against a hospice agency.

When making a complaint about hospice care, the Alliance recommends the following:

Typically, there is some delay in getting the state and accreditation group to act, but there is a chance that the hospice agency will be motivated to act sooner if they are aware that you are serious about launching a complaint. If the complaint involves an immediate concern, it may be necessary to get others involved to increase the pressure, for example:

Every person and every family deserves to be treated with dignity and respect when the end-of-life approaches. Therefore, if a hospice agency fails to deliver quality, compassionate care, it is important to act.

You Are Here: Absolute Trust Counsel » Blog » Hospice » You Can Complain About Poor Hospice Services