Changes to Nursing Home Regulation Could Impact Quality of Care

A change in nursing home regulations has some elder advocates up in arms. 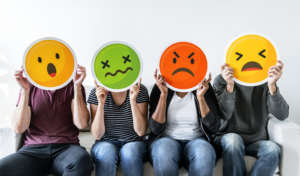 Critics claim the reduction in the size of the fine provides less incentive for nursing homes to adhere to safety standards and fix faulty practices before someone gets hurt. Proponents, however, say the change actually encourages nursing homes to do the right thing because less rigorous oversight permits them to experiment and try to do the right thing without penalty.

The decrease in the size of the fines collected, the Center says, is due to a cap on nursing home fines—set at $21,393 per infraction—as well as a new policy that grants a 35 percent discount to facilities that pay fines without contesting them. The Center continues to assess daily fines averaging $68,080 to nursing homes that fail to correct violations after being cited.

Under the federal Nursing Home Reform Act, nursing homes “must provide services and activities to attain or maintain the highest practicable physical, mental, and psychosocial well-being of each resident in accordance with a written plan of care.” In order to bill Medicare and Medicaid for patient services, nursing homes must comply with regulations aimed at achieving those goals. All facilities are subject to routine inspections and are fined for violations. Failure to cure those violations may result in additional fines or ultimately, loss of approval to participate in the Medicare/Medicaid programs.

The change in how facilities are fined was made in response to complaints from the nursing home industry. Facilities claimed that fines had become disproportionate to the deficiencies penalized. In some cases, the Center says, daily fines were determined by the random timing of an inspection, rather than the severity of the infraction. For example, an infraction that began in February resulted in a significantly higher fine if discovered in April rather than March. It is believed that fines based on the actual infractions, rather than when they occurred, are more fair.

Other changes made to federal nursing home regulations include:

Critics say the changes in fine structure make nursing homes less accountable and the reduction of fines in a multi-billion industry have less impact, making it less likely facilities will be motivated to respond to complaints and remedy infractions. They further claim that regulation of “special focus facilities,” nursing homes cited for such infractions as residents falls, medication errors, staff abuse of residents, and neglected bed sores, has been compromised by reducing the financial impact of such bad behavior.

And that, they say, may have serious consequences for all people in elder care.

040: How to Avoid the Most Common Estate Planning Mistake