Medi-Cal Discrimination/Fraud a Problem in Some Nursing Homes

Angela stared into her coffee cup and shook her head. “I don’t know what to do, Fred. Mom’s nursing home is threatening to kick her out because her Medicare coverage has run out.”

Fred frowned. “But she qualified for Medi-Cal. Did you tell them that?”

Angela nodded. “Yes, I did. The nursing home administrator told me that they have a set number of Medi-Cal beds and they are all full. That means there is no bed for Mom and we have to find another nursing home to take her.” 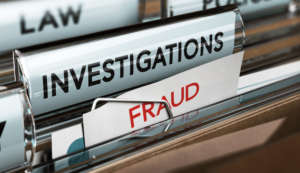 “That’s ridiculous. We just got her settled in that nursing home. They can’t kick her out.”

Tears filled Angela’s eyes. “Melissa Groves at church told me they did the same thing to her mother. They really had to scramble to find another place and it was not of a quality they wanted.”

“But why would a nursing home do that? They’ll get paid one way or another.”

Fred picked up his phone and started to press a few keys. He frowned again. “It says here that any nursing home that is Medi-Cal certified must accept any Medi-Cal recipient, because every bed is considered a Medi-Cal bed. You can’t discriminate.”

Fred’s eyes narrowed. “I’m not sure. But we sure as hell are going to do something. If it’s illegal to discriminate against Mom because she is on Medi-Cal, they can’t kick her out. I’ll bet they get away with it because most people don’t know that. We are going to fight back.”

Angela patted her husband’s hand. “I think we need to talk to an attorney, dear. They plan to kick Mom out in 15 days. We don’t have much time.”

Fred snorted. “We’ll contact a lawyer, then I am going to contact one of those reporters that investigates consumer fraud. This is big. And I bet if Mom’s high-class nursing home is pulling this crap, so are others. It’s time to send these people a wake-up call.”

More than 80 percent of all California nursing homes are certified to accept Medi-Cal patients. And according to recent reports, almost two-thirds of the residents in California’s nursing homes rely on Medi-Cal to cover all or part of their expenses. However, every bed in a Medi-Cal certified facility is considered a “Medi-Cal bed.” When a nursing home denies admission to a Medi-Cal recipient, evicts or discharges a resident who later applies and qualifies for Medi-Cal benefits, or requires a resident to pay the part of their fee out-of-pocket rather than accept Medi-Cal funds, the facility is guilty of Medi-Cal discrimination and/or fraud, which is punishable by law.

The motivation behind refusing to accept Medi-Cal patients or later attempting to expel them from a skilled nursing care facility is quite simple: Nursing homes make more money from patients who pay out-of-pocket or are covered by Medicare. However, Medicare only covers nursing home care for the first 20 to 100 days and only under certain conditions, often necessitating a switch to private pay or Medi-Cal for extended stays.

Medi-Cal providers, including nursing homes, sign provider agreements with the federal and state governments promising to comply with all federal and states laws, including those which prohibit Medi-Cal/Medicaid discrimination. Unfortunately, filing a complaint with the California Department of Health for Medi-Cal discrimination or fraud may result in little or no action. A more effective path is to file a complaint with the Office for Civil Rights (OCR), U.S. Department of Health and Human Services.

Complaints may be filed through the OCR Portal, https://ocrportal.hhs.gov/ocr/cp/wizard_cp.jsf  by email, OCRComplaint@hhs.gov or sent via U.S. Mail:

Consolidating Bank Accounts Helps You and Your Loved Ones