For example, researchers have established that regular exposure to natural light:

The value of natural light has led researchers to study the impact of “poorly functioning indoor environments,” or environments that provide limited exposure to sunlight, on older adults living with dementia.

According to the Alzheimer’s Association, dementia is a broad term that covers diseases and conditions characterized by a decline in “thinking skills,” such as memory, behavior, problem-solving, and language skills. Alzheimer’s Disease is considered one of the most common causes of dementia. Estimates are that 50 million people worldwide suffer from dementia. By 2050, that number is expected to triple.

It is important to note that dementia is not reserved for the elderly. Younger people can also suffer from the condition. Sometimes that occurs in the form of younger-onset Alzheimer’s Disease. Other times, it may occur as the result of vascular disease, traumatic brain injuries, Parkinson’s disease, Huntington’s disease, and Creutzfeldt-Jacob disease. With early diagnosis, the progression of dementia can be slowed and the symptoms minimized. 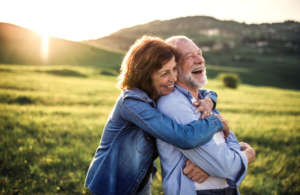 A pilot study by Asst. Professor Kyle Konis of the University of Southern California found that early morning exposure to natural light provides significant benefits for dementia patients.  In the study, researchers observed 80 patients from eight dementia communities in Los Angeles and Orange counties. They concluded that natural light improved the mood of dementia patients, and reduced depression and psychoactive (medication-related) symptoms.

Typically, the treatment of dementia focuses on medication—pharmaceuticals that can delay memory loss, and language and learning deficits. However, depression, agitated behavior, and difficulty sleeping are also common. Konis’ study was intended to kickstart research into the benefits of dementia facilities designed to provide more exposure to natural light through larger windows and skylights, fewer enclosed spaces, and accessible outside activity venues.

Other adult dementia communities have already taken advantage of natural light to minimize symptoms of the disease. For example, in the Netherlands, a village-like community called Hogeweyk was created to allow dementia patients to live in houses similar to their former residences, maintain gardens, and shop at a controlled grocery store using special currency. The community-like development encourages dementia patients to get outside in the sun, as well as interact with others. In the United States, the Green House Project, a national non-profit organization, is devoted to creating alternative living environments for seniors who would normally reside in a nursing home. It is believed that non-institutional environments benefit seniors, including those suffering from dementia.

“This is a disease or problem that’s been almost totally focused on pharmaceutical cures. There are lots of other things we can do to make a difference,” said Victor Regnier, a professor who has dual appointments in gerontology and architecture at USC. “If you can create a setting [like Hogeweyk or Green House] that’s more normalized — less rules and more improvisational attitudes — it’s just better.”

Konis’ study suggests housing for dementia patients may need to be redesigned, with a focus on utilizing natural light to transform living and recreational space. That means replacing fluorescent light with floor to ceiling windows and skylights, and creating easily accessible outdoor spaces with exposure to direct sunlight.

For that reason, when seeking housing for a dementia patient, it is important to focus on facilities that recognize the value of sunlight either by building design or patient activities. All it takes is 30-minutes a day in the sun to make a difference in a dementia patient’s life.

Estate Planning For a Second Marriage

What Happens to Inherited Wealth Upon Marriage