Mary frowned at the local newscaster on the television. “I swear I have no idea what he’s talking about with this new tax law. He keeps talking about the estate tax this and the gift tax that. I have no clue what’s up and what’s down.” 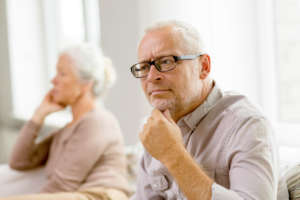 Her husband, John, replied, “Changes in the tax laws seem to affect everything. And that increase in the gift tax exemption might mean we should be giving more money to the kids now, rather than waiting until after our death. I’m not sure I understand everything about the new law, but I know the value of my business has jumped in recent years. I would hate for the kids to get penalized for that. Maybe if I start gifting shares now, I could decrease the value of the estate and still avoid estate taxes.”

John continued, “Before this new law, that didn’t seem possible without getting penalized. I say we take advantage of the new law while we can. It’s not going to last forever. Perhaps we need to set up a meeting with our estate planner.”

The Tax Cuts and Jobs Act of 2017 (TCJA), effective January 1, 2018, may reduce your income tax liability, but it could play havoc with your estate plan.

That’s because while the TCJA temporarily doubles the amount of wealth exempt from the 40 percent federal estate tax, that provision expires in the year 2026. Currently, the new law exempts assets totalling $11 million for individuals and $22 million for couples (subject to adjustments for inflation) from the tax imposed on estates, gifts, and generation-skipping transfers (GST). However, in 2026, that exemption will drop back down to pre-2018 rates—approximately $5.5 million for individuals and $11 million for married couples, again adjusted for inflation.

In addition, the new law will not impact state estate and/or inheritance taxes—unless the state level of taxation is linked to the federal rate. That means in some states, the new federal estate tax exemption could actually increase the state estate tax liability, a tax 13 states plus the District of Columbia still impose. California, along with 36 other states, has eliminated estate taxes. However, when property or heirs are located in one of the still-taxing states, there could still be a substantial financial impact.

As of early 2018, the following states still imposed estate taxes:

It is very important that estate plans be reevaluated to assess the impact of new federal law. There are some opportunities—such as an increase in permitted lifetime gifts—that must be addressed before the law reverts back to previous rates.