Plan for Transfer of Airline Miles, Hotel Points and Other Rewards

Susan stared at her father’s Last Will and Testament and groaned. “I know I am supposed to be the executor of Dad’s will, but some of this makes no sense.” 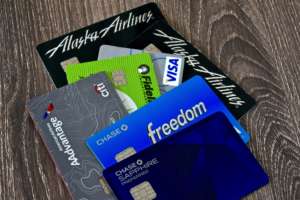 “Well, he makes these very specific bequests of airline miles and hotel points, even credit card reward points. But I’m pretty sure all of those things belong to the airlines, hotels, and credit card companies after someone dies. I can’t imagine why his lawyer would even suggest such a thing.”

Tom laughed. ‘Well, he was pretty generous with those things when he was alive. Remember when he used those airline miles to buy tickets for a family vacation? And he got you that free fancy mixer with some deal with his credit card company? Maybe he thought they still had value after his death.”

Susan chuckled. “And he had that wallet thingy on the Internet that he used to check all the time. If he thought the totals were wrong, he’d call up the company and read them the riot act.”

“Well, you know, maybe he knew something we didn’t. God knows, he read every document every company sent him. Maybe he could leave those points to his heirs.” Tom looked at Susan. “I think you need to contact all those companies and find out. It would be shame to just walk away. Some of those points are pretty valuable.”

Susan nodded. “I guess. I am sure he has his account information for that wallet thingy around here somewhere. I’ll look in his desk and his safety deposit box. Maybe I’ll find it.”

Airline miles, hotel points, and credit card rewards do have value. That’s why it’s important to learn how they will be treated upon death and what steps can be taken to ensure that they remain available to heirs. Some general rules:

Despite the stated rules, there are several steps that can be taken to retain ownership for the benefit of heirs:

If a testator wishes to bequeath airline miles and hotel points to a charity that is in need of such support, such as the Make A Wish Foundation or the Honor Flight Network, the testator should contact the charity and determine the best approach to transferring those assets. Usually, such organizations already have systems in place to accept and facilitate transfers.

018: How Invested Are You? Portfolio Protection You Need to Know About Brokers and Advisors

You Are Here: Absolute Trust Counsel » Blog » Rewards Programs » Plan for Transfer of Airline Miles, Hotel Points and Other Rewards