Diana turned to her husband, puzzled. “Bob, did you notice Susie’s new designer purse? And those shoes? I swear they were Louboutin’s. How on earth is she able to afford that? She works part-time at the library and her husband is so cheap, he makes us look like spendthrifts.”

“She’s not the only one. I also noticed your brother, Frank, was driving a Porsche the other day.”

Diana frowned. “But he just asked us for a loan to cover his rent. After his divorce, he said he was hurting for money. Remember? Something’s not right.”

“Well, maybe your mother gave them some money. She has that big trust fund after all.”

Diana’s eyes narrowed. “Dad created that trust to ensure that Mom had the funds to live out her life in comfort after he was gone. But those funds are not limitless. She’s almost 90. She has to budget carefully now. I’m sure she doesn’t have anything to give away.”

Bob sighed. “Maybe you should ask your mother. With your brother and sister as trustees, they could be stealing from the pot. It wouldn’t be the first time they played your Mom as a sucker. As long as I can remember, Susie has always had her hand out. And I imagine Frank has been pulling the poor little ole me act since his divorce. And now he has a Porsche? I don’t think so.”

Diana stared at him in horror. “Do you really think they would steal from their own mother? That’s unforgivable.”

“Well, where there’s smoke there’s fire. I think you owe it to your mother and yourself to check it out.” 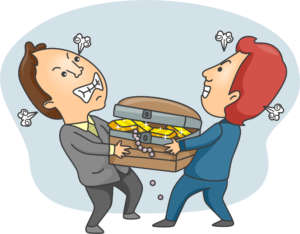 Elder financial abuse is a growing problem in this country. Over $3 billion a year is lost to the financial exploitation of seniors and more than one-third of all cases are committed by family members, friends, or neighbors.

Generally, claims of elder financial abuse are considered civil matters, meaning they involve no criminal charges. Restitution and removal of authority over an elder’s finances, rather than imprisonment, are among the penalties.

Under California law, an elder is defined as anyone 65 years of age or older. Elder financial abuse occurs when individuals or entities:

The “taking” of property includes physically removing property from the elder’s possession as well as depriving an elder of any property right by “agreement, donative transfer or testamentary bequest, regardless of whether the property is held directly or by the representative of an elder.” The law applies to real and personal property, including land or structures built on land, real estate, money, stocks and bonds, jewelry, collectables, or other items of value. Proof of financial elder abuse requires that those accused of such infractions knew or should have known that their conduct was harmful to the elder.

Under California law, only the elder harmed or their personal representative can legally make a claim of financial abuse. If the elder is mentally or physically incapacitated, their trustee or conservator may initiate the claim. When an elder has passed away, the trustee of the decedent’s trust or the administrator of their estate or potential heirs have standing to sue.

However, when one family member or family members are appointed representatives or trustees, and are suspected of fraud, theft or mismanagement, it is often difficult for other family members or concerned friends to pursue charges of elder financial abuse because they lack the authority or standing to sue. The options are limited:

All of these approaches are problematic. For example, existing personal representatives may fight revocation of their authority and instead seek to have the elder declared incompetent. If the court declares an elder incompetent, there is no guarantee that the same people believed guilty of financial mismanagement will not be named conservators. Finally, if a claim is delayed until an elder’s death, there is no guarantee that a financial abuse claim will still be viable.

(Not sure if you want this in here.) While claims of elder financial abuse are generally considered civil matters, if it can be proven that the financial abuse caused the elder to suffer or inflicted physical or mental pain, and the elder was placed in a situation where their health was endangered, criminal charges are possible. However, such claims require assessment and intervention by social services and law enforcement representatives.

The purpose of estate planning is to protect the testator first, then his or her heirs.

It is very important that during the estate planning process, individuals carefully consider appointments for trustees and personal representatives, as well as circumstances under which such appointments may be voided or challenged by other concerned parties. 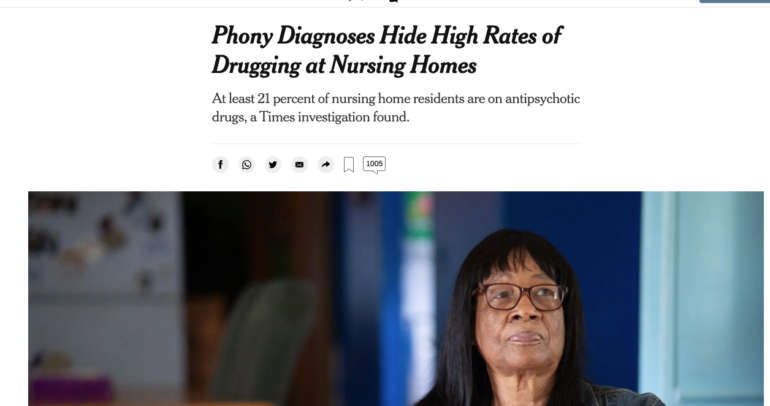 Increase in Nursing Homes Relying on Drugs to Restrain Patients