The California legislature is considering a proposal that could impose a state tax on some estates.

Generally, estate taxes are imposed by the federal government on the assets or estate of someone who has died. The tax is paid before the heirs receive any bequests. One of the purposes of estate planning is to minimize an estate’s tax liability. 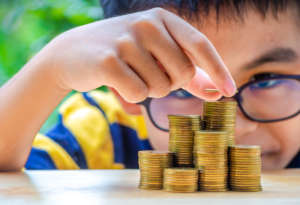 California is currently among the 30 states that do not impose a state estate tax. However, all estates valued at more than the “exempted amount” are subject to a federal estate tax. Under the 2018 Tax Cuts and Jobs Act, the exemption is set at $11.4 million for individuals and $22.8 million for married couples. That means, for example, that estates valued at less than $11.4 million are not taxed. Similarly, an individual can make gifts totaling $11.4 million during their lifetime without incurring tax penalties. Estates that exceed the exemption amount are taxed at a 40 percent rate.

California Senate Bill 378 would lower the state exemption amount to $3.5 million for individuals and $7 million for married couples. Estates falling outside of the exemption amount would be taxed at 40 percent. Only those estates that are valued at between $3.5 million to less than $11.4 million (individuals) or between $7 million to less than $22.8 million (married couples) would be impacted by the proposed bill.

In 2018, the “California Estate Tax for College Access Fund Initiative” was proposed. The ballot proposition would have imposed an estate tax of 15 to 22 percent on estates valued in excess of $3.5 million. The taxes collected would have funded a “Universal College Access Fund.” That proposal failed to gather the required number of signatures to be placed on the ballot.

In 2019, Sen. Wiener proposed SB 378. Funds collected through the tax will be deposited in The Children’s Wealth and Opportunity Building Fund, which will be used to “address and alleviate the wealth gap” in California. The Fund will establish “programs and services that directly address and alleviate socio-economic inequality and build assets among people who have historically lacked them, including helping low income children build wealth through savings accounts.”

“Wealth inequality is at a historic high in the United States, and it’s obscene that the federal estate tax exemption has escalated so dramatically,” said Sen. Wiener. “As the federal government has slashed the estate tax for wealthy families, working class and low-income families — particularly black and Latino families — have struggled and have little or no wealth to pay for college, purchase a home, or otherwise invest in their future. A California estate tax benefits low-income families by helping them build wealth and end the cycle of inter-generational poverty.”

If SB 378 is passed by the state legislature and signed by the Governor, it will appear on the November 2020 ballot. If the ballot measure is approved by voters, it is estimated that between $500 million and $1 billion will be raised annually.

Estate Planning for a Single Person