Funeral Planning Can Save Time and Money

“Silence!” Roger Claret roared. “Dad has only been dead 12 hours and already you’re turning his funeral into a circus.” He glared at his brother and sister. “We need to decide what Dad would have wanted, not what you want.” He muttered, “Just because the man enjoyed country music does not mean he wanted the Grand Ole Opry staged at his funeral.”

His sister, Mary, sniffled. “Well, I still say the brass and chrome casket at the Hanley Funeral Home is the best choice. I called after I found it online and the funeral director says it’s on sale. Only $5,000.” She dabbed at her eyes with a tissue. “That seems like a small price to pay to honor our father.” 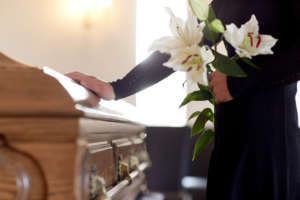 Mary wrung her hands. “For the wake. You can’t just stick an urn there. People want to see the body one last time.”

George scowled. “Dad would have hated that. He wanted no muss and no fuss.”

Roger nodded. “I’m not even sure he wanted a wake. Except for the honor guard at his interment, he never much talked about his funeral. In fact, I think we can handle this whole thing pretty efficiently. Let me make some calls and get some options.”

Roger’s eyes narrowed. “As I recall, they stuck Dad with one heck of a bill. He had to borrow against his life insurance to pay for it.”

“That’s why I encouraged Dad to do a little pre-planning,” George said. “I even offered to buy him a funeral insurance policy to pay for expenses. But he wanted none of it. He kept saying he was going to make his own plan and we wouldn’t have to pay for it.”

“But where is that plan?” Mary asked. “I went through his papers. There was no mention of a funeral. I just assumed funeral expenses would be paid by his estate. Which means we have carte blanche.” A satisfied grin crossed her face. “We can do what we think is best.”

Roger frowned. “We need to decide if we’re even having a funeral and if we are, where that funeral is going to be. Then we need to write an obituary and make burial arrangements. We’ve got a lot to do–”

George sighed. “First, let’s figure out what all of this stuff will cost and then, how we’re going to pay for it.” He ran a hand through his gray hair. “This would have been so much easier if we had this discussion with Dad before he died.”

Recently, a U.S. Senator John McCain died and the funeral that followed was filled with pomp and circumstance. More importantly, it proceeded smoothly and seemingly without a hitch. That’s because before Sen. McCain died, he carefully and deliberately planned his funeral.

There are many advantages to planning a funeral in advance. Not only does preplanning ensure that the decedent’s wishes are followed, it can also ease a family’s burden at a stressful, emotionally-charged time and better control funeral costs.

For example, many funeral homes offer a package of services with significantly reduced pricing if purchased in advance. Some even offer prepayment plans or other forms of financing, such as funeral insurance. This not only locks in funeral costs, it removes the burden of funeral planning from family members and/or friends. The prospective decedent can decide upfront what services and products are important and at what cost. For example, while family members may feel an expensive bronze and brass coffin is necessary for appearance’s sake, the potential decedent may prefer a less-expensive one.

In many ways, funerals are for the living. They provide family and friends with an opportunity to share memories and grieve. By removing the burden of planning, you enable others to focus on what’s truly important: Your legacy and their loss.

Depression Can Hinder the Golden Years