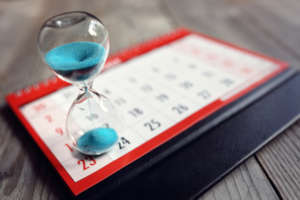 When Oliver died, at the ripe old age of 96, he left behind eight lineal descendants or heirs—three sons and five grandchildren.

All of them believed that they would inherit from Oliver. He had told them about his Living Trust and promised each and every one of them that they would be “well taken care of.”

Upon Oliver’s death, however, his estate was submitted to probate, but no mention was made of the trust. When his eldest son, Howard, with whom Oliver had resided in his later years, was questioned, he merely smirked and said, “You know Dad was losing his marbles in the end. There was no trust.” Because trust documents are private and there is no requirement that they be registered with any governmental entity, there was no way to disprove Howard’s statement.

Oliver’s estate was probated and his bounty distributed according to the laws of intestacy. The family moved on. Years later, upon the death of Howard, the long lost trust was discovered in his safe. As believed, it distributed the income from the trust to all of Oliver’s heirs. Also found in the safe was a revised trust document in which the only named beneficiary was Howard, and upon his death, his two sons and their unborn children.

Oliver’s other two sons, Henry and Harold, immediately filed suit, challenging the terms of the revised trust. After all, Howard had gone to court to have Oliver declared legally incompetent at age 86 and had been appointed to take over the handling of Oliver’s legal and financial affairs. The revised trust had been drafted when Oliver reached age 90.

Henry, Harold and their heirs asserted claims of undue influence and fraud. Howard’s son, Mark, however, claimed the time in which a challenge to Oliver’s trust could be made had long passed. The revised trust, Mark said, was legal and enforceable. As the successor trustee, Mark continued to make distributions according to the terms of the revised trust.

Such notification must occur no later than 60 days after the death of the trustor or after the date the trust becomes irrevocable. There are two exceptions: When a successor trustee does not exist and one must be appointed, or the whereabouts or existence of an heir is unknown.  Once a trustee is appointed or an heir is located, the notice must be made by mail or in person within 60 days.

Because Henry and Harold and their heirs had not been properly notified about Oliver’s trust, and the successor trustee, Howard, had been well aware of their existence and location, the probate court ruled that Henry, Harold, and their families had 120 days from the date of the court order to contest the terms of the revised trust. The court also removed Mark as successor trustee for the continuing to commit fraud upon the heirs of Oliver. The case was referred to the local District Attorney for possible criminal charges.

Although trusts are considered private contractual matters, their administration must still adhere to local, state, and federal laws. When a trustee fails to perform his or her fiduciary duty as required, the courts will step in to ensure that the rights of all intended beneficiaries are enforced.

What Does an Estate Organizer Do?

You Are Here: Absolute Trust Counsel » Blog » Beneficiaries » Heirs Must Be Notified on Grantor’s Death of the Existence of an Irrevocable Trust