When Carole and Michael created a trust for the benefit of their adult children, they had two goals in mind.  First, they wanted to avoid probate, and second, they wanted to take advantage of California Proposition 58, which permits transfers of real property from a parent to a child in a tax-advantageous manner. 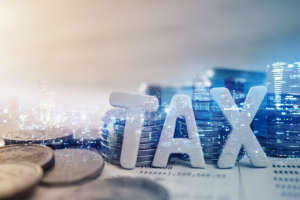 To facilitate their goals, they decided to use an A-B Living Trust. Upon the death of either party, the deceased spouse’s one-half of their estate would be used to fund the B trust, and the remainder would be transferred to fund the surviving spouse’s A trust. Carole and Michael had granted each other the right to use the income from the assets placed in B trust during their lifetime, and if enough income was not generated by the trust, to invade the principal for reasons of health, education, or maintenance.

When Michael died, at age 75, Carole retitled all of their assets in her name and did not transfer Michael’s share of their community property to the B trust.

When they discovered this, Michael and Carole’s three children cried foul. “You realize, Mother, that by failing to fund the trust with Dad’s share of your estate, you in effect committed fraud?” said Michael, Jr.

“I did nothing wrong,” Carole sputtered. “Your father said I could use his share of the estate if I needed to, and I did, so I transferred his property to my own name. There was nothing wrong with that.”

“Mother, the purpose of creating an A-B Trust was to avoid excessive taxation.  When the surviving spouse dies.  In addition, you have no say over the disposition of father’s property upon his death. That was set forth in the trust agreement both you and he signed. Now, if you don’t correct, this we may be required to pay significant estate tax on your death.

An A-B Trust, which is typically set up for couples who reside in a community property state—such as California—does not automatically become active upon the death of the first spouse. The trustee is responsible for initiating the transfers upon receiving notice of a grantor’s death.

The grantor of the B Trust controls who benefits from his or her part of the trust.  In addition, tax advantages apply only if the B Trust is properly funded.  That means all community property assets must be properly allocated and retitled in the name of the A and B trusts upon the death of the first spouse. The purpose behind splitting assets into separate trusts is to preserve the deceased spouse’s estate tax exemption.  Failure to preserve that exemption could result in the imposition of federal estate taxes at a rate of 40 percent on the death of the surviving spouse.

What’s In Your Medical Records?  The Importance of Doctor’s Notes to Support Long-Term Disability Claims Under ERISA

Funeral Planning Can Save Time and Money