Filing For Divorce Complicates Everything

After years of marital discord, John and Angie Wakefield finally decided to call it quits.  John filed for divorce in California on the grounds of irreconcilable differences, asking for a fair and equitable division of community property, retention of all separate property, and shared custody of their two children. In her response, Angie not only requested child support, she sought sole custody of the children and alimony, as well as access to all funds “not excluded by the prenuptial agreement.” In particular, Angie sought to invade the assets of a trust created by John’s grandfather after marriage, which provided John with the bulk of his income. 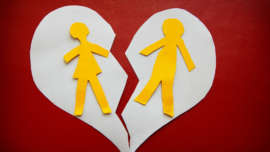 John soon discovered that Angie had been looting their joint bank account for some time, leaving only a minimal balance. In addition, she had re-titled several pieces of property inherited by John into her own name, forging his signature. These incidences of marital fraud were cited in John’s petition for divorce. The final straw came when Angie refused to allow John access to the children.

After five months of a bitter battle in Family Court, John had a heart attack and was rushed to a local hospital. Unfortunately, Angie was still named as John’s personal representative for his healthcare and durable powers of attorney. When Angie was informed that a new experimental procedure might save John’s life, she refused to authorize it. She also refused to pay for any medical procedures that could increase John’s chances of survival, claiming they were a waste of money. Before a hospital advocate or family member could intervene, John died, and per his will, Angie was named the executor of his estate. Under the will, she and his children shared equally in his bounty.  In addition, the family trust provided that surviving spouses and children were entitled to the income drawn by the decedent for a term of 10 years. If the divorce had been final at the time of John’s death, only the children would have been entitled to that income.

John’s sisters and brothers objected vehemently every step of the way, citing the pending divorce and Angie’s “shady dealings” as a reason to nullify all legal documents authorizing Angie’s input into John’s financial or healthcare matters. They also contested John’s existing will, claiming he would not have wanted Angie to benefit financially. In addition, family members produced the pre-nuptial agreement, which specifically denied Angie access to any of John’s separate holdings upon divorce. The court, however, noted that John had sufficient time to appoint another representative for all estate planning matters prior to his death. Since the divorce was never finalized, there was no need to further mediate or litigate the distribution of property, the court ruled. His estate would be disbursed according to John’s Last Will and Testament. The will under which Angie benefited.

Under California’s community property law, upon divorce, each party to a marriage is entitled to half of all property accumulated during the marriage. In addition, each spouse is entitled to retain control and ownership of any separate property. However, once divorced, most estate planning documents are legally nullified, but that nullification can be enforced only if an estate is submitted to probate. And obviously, while a divorce is pending, those documents remain in force unless legally modified. If one party dies before a divorce is granted, the courts may treat the parties as if they are still married depending on what stage of the divorce proceedings they are at when the death occurred.

That does not mean, however, that either spouse is authorized to alter or dispose of community or the other property prior to divorce. In fact, once someone files for the dissolution of marriage in California, the court issues an automatic temporary restraining order (ATRO), which prevents either party from disposing of any property, regardless of its alleged characterization (community, marital, or separate), without written notice to the other party. If that order is ignored, the offending party may be assessed attorney’s fees and ordered to provide full restitution. However, nothing prevents changes to appointments and bequests made in estate planning documents.

In addition, despite instant nullification upon divorce, it is necessary to review and modify estate planning documents, including wills, trusts, powers of attorneys, and Advanced Health Care Directives. Appointing new representatives and adjusting bequests ensures that the testator’s intent is clear and will not be subjected to legal challenge. Failure to adjust bequests, for example, raises the question of whether a testator actually intended to benefit an ex-spouse. Documents revised and executed after a legal divorce address that issue.

Divorce, however, does not necessarily nullify beneficiary designations for financial accounts, such as life insurance and retirement funds. In addition, while these matters may be addressed in the property settlement, it may be necessary to change those designations before they can be enforced. Rights of survivorship—such as holding a home in joint tenancy—will also need to be modified in accordance with the final property settlement.

While no one likes to consider the possibility of divorce, the result in John’s case could have been avoided with a little pre-planning.

For example, people with considerable wealth often utilize trusts to protect separate assets, such as business holdings or other significant assets. When created prior to marriage, the assets in those trusts will remain separate. Trusts may also be created to shield inherited assets during marriage, not only from spouse, but creditors. However, a trust may not be created with marital assets without the express consent of a spouse.

In addition, John’s estate planning documents, including his premarital agreement, could have provided for situations leading up to a divorce, such as separation, and even, unexpected death. For example, filing for divorce could have triggered numerous events, including the appointment of a successor executor or personal representative, or an alternative disposition of separate assets.

According to U.S. Census data, 50 percent of all marriages in the United States end in divorce. Unfortunately, in California, that rate increases to 60 percent. That means careful attention must be paid to estate planning prior to, during, and after marriage.

What Happens To My Estate Plan If I Move To Another State?

Use Long-Term Care Insurance as Intended