Why Marriage Can Be Considered Elder Abuse

Elder abuse is a common topic and we hear frequent warnings about scams by caregivers, email and telephone scams, and even being taken advantage of by children or grandchildren. While marrying for money is not a new concept, it is quickly spreading into the area of elder abuse. Caregivers, or people wanting to get close to an elderly person with money, are forcing elderly people into confidential marriages in order to get around the elder abuse laws.

California law states that certain gifts made by an elderly person to their unrelated caregivers are presumed to be the result of fraud, undue influence, menace, and / or coercion and are therefore void. However, if a caregiver marries the elderly person, the law no longer applies because a spouse is an exempt caregiver under the law. 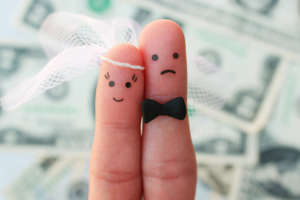 California has two forms of marriage, public and confidential. Confidential marriages are not a part of the public record, they require no witnesses, and no one can access the records except for the two spouses unless there is a court order to produce the record. This means that if a family member is suspicious of a caregiver for their loved one and wants to check court records, there would be no record of a confidential marriage. The only way that information would come out is after the loved one dies, and at that time they would not be able to argue that their loved one was tricked into marriage or did not have the capacity to enter into marriage.

One of the reasons marriages are more frequently used as a tool for elder abuse is the concept of capacity. We hear about capacity for executing legal documents such as a will or a trust, but the issue of capacity and marriage does not usually come up unless talking about someone who is under age. There is a capacity threshold for getting married, but it is very low. It is so low in California that you can have a conservatorship (also known as an adult guardianship) over someone and they can still consent to marriage. There has to be a court order stating that the conservatee cannot enter into a marriage contract. Because of that low threshold, there is nothing barring someone with dementia or Alzheimer’s from getting married. This leads to frequent “Sweetheart Scams” where the elderly person is often lonely and open to the idea of new love and affection, and coupled with diminished capacity, can easily result in a confidential marriage.

Another big reason these confidential marriages are used as elder abuse tools is because of the Omitted Spouse Doctrine. This doctrine states that if a person does their estate planning: signs a will or trust, and subsequently gets married and then dies without updating their estate plan, the law presumes that the deceased person intended to include their new spouse, but forgot, or failed to do so, as opposed to intending disinheriting the spouse outright.  The result of this situation is that the surviving spouse is entitled to all of the community property and a portion, up to half depending on the number of children, of the separate property of the deceased spouse. This could lead to a caregiver marrying a person with dementia a week before their death, and that caregiver walks away with half, or more, of the decedent’s estate.

Until the California law is changed so that marriages can be challenged or voided after death, this will continue to happen. In the meantime, if family members are concerned about a loved one being taken advantage of in this way, they can try to get a conservatorship over their loved one and have the marriage annulled, or request a court order preventing marriage. It is also recommended to have loved ones update their estate plans to help protect their assets if possible, especially if they do have capacity. They may have found love again and you don’t want to ruin that for them. But as always with concerns of elder abuse, be sure to document your concerns in a police report or Adult Protective Services report, anything that can show that you were concerned about a loved one’s capacity and vulnerability.

021: Making Loans to an Irrevocable Trust Is Possible. Here’s How.

You Are Here: Absolute Trust Counsel » Blog » Elder Abuse » Why Marriage Can Be Considered Elder Abuse