When Anna approached her 80th year, she decided it would be wise to add her daughter Amy’s name to her checking account. “After all,” she told her children, “she already pays my bills and does my grocery shopping. What happens if I become ill and can no longer sign the checks? Someone has to have access to my bank account so I don’t get behind. Might as well be her.” 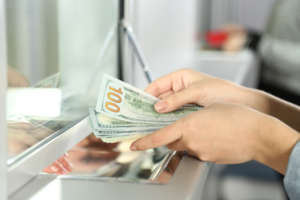 “But mama,” said her son, Peter. “You have your life savings in that account. I’m not trying to cast stones or anything, but giving anyone access to all of your money unchecked sounds unwise. And what happens when you die? Is it your intent that Amy get all the money left in your account? That’s what will happen when you put her name on it.”

Anna snorted. “No need to be greedy, Peter. I am sure Amy will share what is left with you. You are her brother after all. Besides, she knows I’m not giving her the money. It is only supposed to be used for my expenses. I told her that money is only to be used to pay my bills.”

“Well, maybe you should consider creating two accounts,” Peter persisted. “One for household expenses and one for your savings.”

“Oh, I don’t know,” Anna replied. “That just sounds like too much trouble…”

As a recent ruling by the California Court of Appeal indicates, unless there is clear and conclusive evidence to the contrary, ownership of a joint bank account passes—as a matter of law–to the surviving account owner.

In a recent case, the decedent’s son disputed ownership of two bank accounts held jointly by his mother and sister. At the time of the mother’s death, the funds in the accounts totaled $477,218. According to court records, the daughter saw the mother five to six times a week and was responsible for her care, including scheduling care-giving and hospital transportation, and taking care of other business matters. The evidence revealed that the mother opened the joint accounts so that her daughter could assist with various business affairs. The daughter testified in a lower court that her mother asked her to meet at a bank to open the accounts and that she signed a signature card that gave her complete access to both accounts. In addition, the daughter testified that her mother informed her that the money in the accounts was for her use.

The son claimed the funds that remained in those accounts after the decedent’s death were intended to pass to several trusts established by his parents during their lifetime. However, the court could find no evidence of such intent and ruled the funds belonged to the daughter by right of survivorship.

Joint bank accounts are often used when planning for incapacity. However, when large amounts of money and trusts are involved, there may be better options. For example, in the recent case, if the mother did not intend for the funds in the joint accounts to pass solely to her daughter, she could have:

However, the issue of survivorship may not be the only problem with multi-party accounts. For example, when an elderly person is involved in creating the account, that account may be vulnerable to accusations of undue influence or elder abuse. Other potential problems include:

The creation of a multi-party account may seem like an easy solution to potential incapacity planning. However, in some cases, it creates more problems than it solves.

Looking for more resources? Absolute Trust Counsel has a library of free articles, checklists, and guidebooks to address the most common estate planning questions in easy-to-understand language. Explore those listed below, or for more, visit https://absolutetrustcounsel.com/resources.

How Problems With Using Technology Can Lead to Earlier Dementia diagnosis

Don’t Use the Wrong Assets to Pay For Care